Urgent medical research into a mysterious COVID-19-linked illness suspected to have caused the death of at least three children in the United States has been commissioned by Australian health authorities ahead of a meeting of the nation's leaders this week.

Chief Medical Officer Brendan Murphy has asked Australia's leading paediatric experts for a report on Kawasaki disease, which is the closest known illness to that which has developed in almost 100 children in the US, including newborns and teenagers, in the past two months. 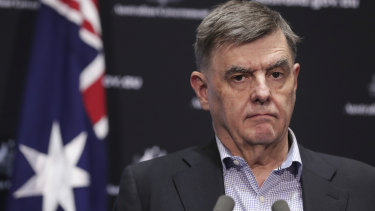 Authorities are also preparing for further potential COVID-19 outbreaks this winter, with a Bureau of Meteorology summary provided to medical experts predicting conditions in southern Australia, particularly in Victoria, over the coming three months will mirror those in European regions that had the highest infection rates.

Detailed minutes from a meeting of the nation's leading medical expert panel, seen by The Age and The Sydney Morning Herald, reveal Professor Murphy sought the latest up-to-date advice available on Monday in preparation to brief Prime Minister Scott Morrison and state and territory leaders on the situation at national cabinet on Friday.